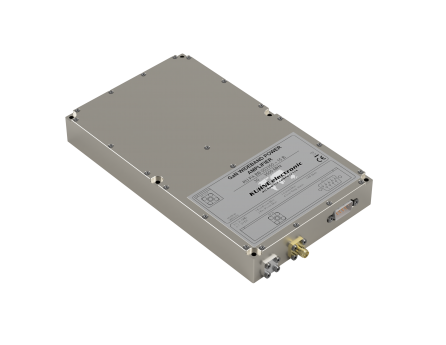 The KU PA BB 003350-15 A/B is the latest broadband power amplifier from KUHNE and was specially developed for jammer applications. Due to the high bandwidth and, at the same time, low gain ripple, the power amplifier can interfere with all mobile radio bands and many wireless standards.

Lead time on request
Printversion (PDF)
Individual Request
Technical specifications
Description
The KU PA BB 003350-15 A / B has a gain of at least 39 dB in large-signal operation at 15 W output power and can therefore be fed with a low input power of less than 2 mW. The amplifier has many monitor and control signals, for example the monitoring of temperature, current consumption, forward and reverse power as well as a fast mute function for switching off the RF signal. For the simultaneous disruption of several radio services, a B version with two equivalent RF inputs and an internal broadband combiner is available.
Features 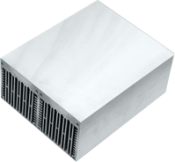